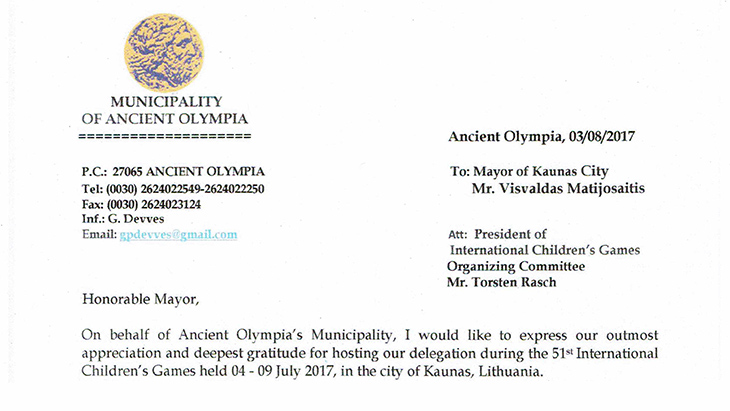 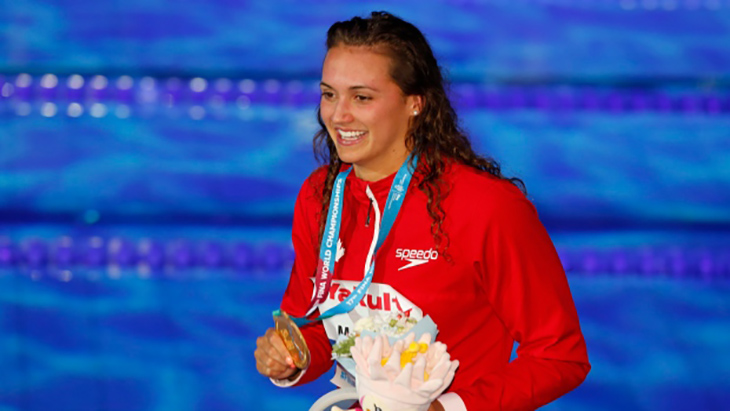 Every year since 1997, Coventry has sent a team of young athletes to The International Children’s Games. The cost of sending the Coventry team has always been covered through generous sponsorship by individuals and organisations. Over the years, the Games’ fund has become depleted.

The Albany Theatre Coventry presents a spectacular Gala on Friday 17 February at 7:30pm which will raise funds to help send this year’s team to Kaunas in Lithuania, and to also build up the reserves to help in future years.

The gala is a variety performance featuring acts including:

We have written to all the athletes at their last known address, but many will have moved on. Do you know anybody who took part in the games? We plan to display memorabilia from the games over the years – athletes are asked to contact Rebecca Finley, Albany Young Producers – rebecca.finley(at)albanytheatre.co.uk

Would you like to sponsor the event?
Would you like to get your name into the souvenir programme as a sponsor, with or without an advert? Again, all money raised will go to the Fund. Please contact Rebecca for more information. 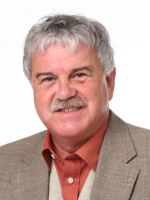 Laurent started his unique ICG career as early as 1974 when he participated as Coach of Vevey Swimming Team in the 5th International Children's Games in Darmstadt / Germany.

In 2006 during the 40th International Children's Games in Bangkok / Thailand Laurent served as Mayor / City Representative and, just like in 1974, as a Coach of Vevey Swimming Team.

In 2009 Laurent Ballif together with Mayor Wehrli from Montreux organized the outstanding 4th International Children's Winter Games Montreaux-Vevey / Switzerland next to Lake Geneva.

In 2016 Mayor Laurent Ballif has been a City Representative for the last time in the 7th International Children's Winter Games in Innsbruck / Austria.

Laurents ICG-career over 42 years!!! as a coach, as a father of four children that participated as athletes in the International Children's Games, as mayor / city representative, and - last but not least - as an organizer of Winter Games in Switzerland is simply amazing. His unique support for the development of the International Children's Games deserves great appreciation! 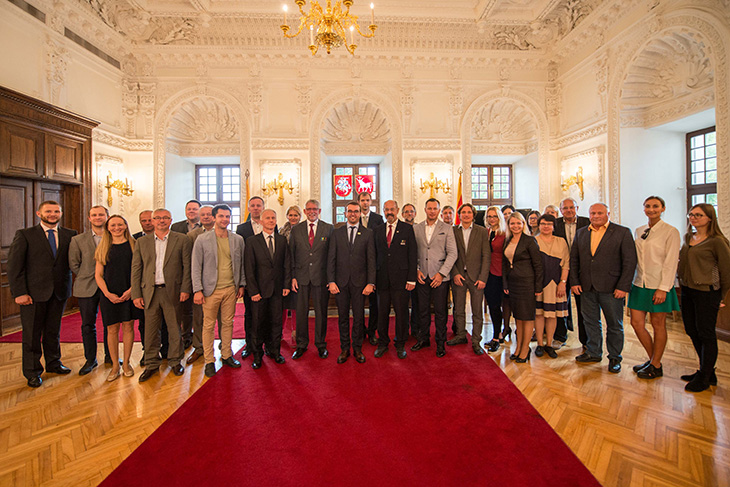 Kaunas, Lithuania will be the next ICG Host City in the summer of 2017.

One of the milestones in the procedure of becoming an ICG Host City is the official Signing Ceremony of the Host City Agreement.

The ceremony took place on Friday, 16th of September, in presence of Povilas Maciulis, Deputy Mayor of Kaunas, ICG President Torsten Rasch, ICG Secretary General Richard Smith, and many more officials in charge of the International Children's Games 2017 which we are very much looking forward to.

Please see our little Gallery of Photos from the Signing Ceremony in Kaunas. 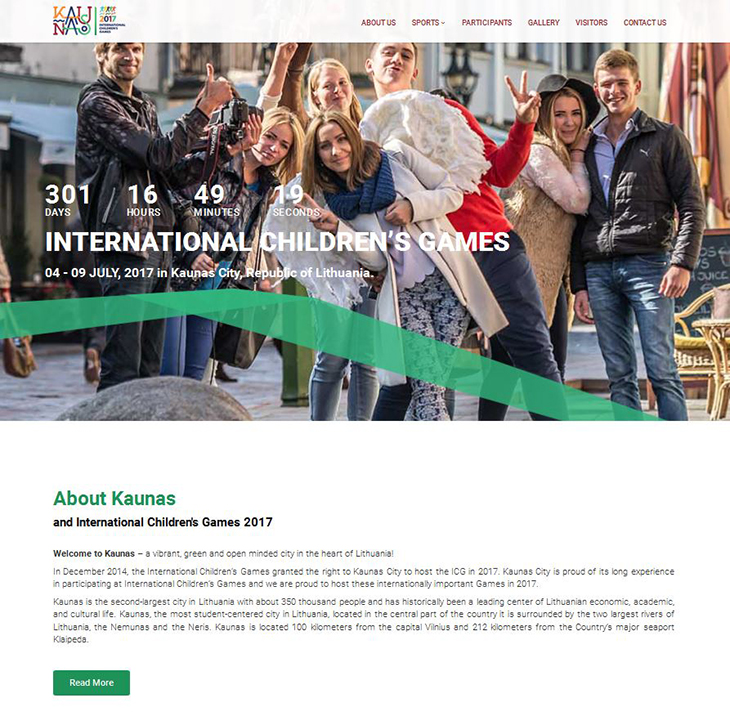 Only 301 days to go until the opening of the Kaunas International Children's Games 2017!

If you want to know more about the beautiful Lithuanian hosting city of the 51st ICG Summer Games, you now have the chance to do so through the offiical website icg2017.kaunas.lt of the Kaunas International Children's Games 2017.

Details
Congratulations!!! - The ICG family is very proud to announce that Kylie Masse from Windsor / Canada is returning back from the 2016 Summer Olympics in Rio de Janeiro / Brazil having won a bronze medal in the women's 100 m backstroke event at the Olympic Aquatics Stadium in Rio de Janeiro on August 8, 2016. Kylie had participated in the 2011 International Childrens's Games in Lanarkshire / Scotland receiving five medals at the time and in the 2012 International Childrens's Games in Daegu / Republic of Korea. She also won gold in the 100 m backstroke at the 2015 Summer Universiade.

95 photos from the International Children's Games 2016 in New Taipei City are now to be found here on webicg.org!

See the Gallery But there are many more galleries to be found at New Taipei City 2016 International Children's Games website!

ICG 2016 Innsbruck – remember an unforgettable week in the heart of the Alps!

Details
Only three weeks to go before the International Children's Summer Games 2016 in New Taipei City, Taiwan will be opened. The perfect time to remember the last big ICG event: the International Children's Winter Games 2016 in Innsbruck, Austria. 31 medal decisions in eight sport disciplines over the period of five exciting days. 800 athletes and coaches from all over the world, 500 volunteers and 200 helpers from clubs and associations, as well as thousands of visitors at the Homebase and in all the other venues. The colourful Innsbruck 2016 International Children’s Games (ICG) were a great success. The Innsbruck Games were "Green Games" as well as they did not only attach utmost importance to environmental protection and sustainability during the Games. Following the Games advertising material (banners, tarpaulins, etc.) was turned into creative bags in the framework of a social project and therewith souvenirs to remember a special time were created. These bags are also messages to go can be purchased in this online shop: innsbruck-shop.com. It is definitely worth taking a look! After receiving many requests, the organisers also decided to sell the fashionable ICG 2016 clothing sets consisting of a high-quality fleece jacket and vest. Whoever wants to become an ambassador of the ICG, can take this unique chance and grab one of the last pieces of our top-quality uniform collection for a special price: innsbruck-shop.com. To remember the Games the ICG 2016 Winter Games Organising Committee published a final report with many figures, facts and pictures of the Innsbruck 2016 International Children’s Games. Have a look here: Official report of the 2016 Innsbruck International Children's Games. The best moments of the colourful Innsbruck 2016 International Children’s Winter Games can also be experienced once more in this great video: See you soon in New Taipei City!

Details
Throughout classical antiquity the Olympic Games were held every four years in Olympia / Greece on the Peloponnese peninsula. In modern times the Olympic Flame is lit in the ruins of the temple of Hera in this beautiful sanctuary of ancient Greece and then transported by a torch to the place where the Games are held, in 2016 Rio de Janeiro. 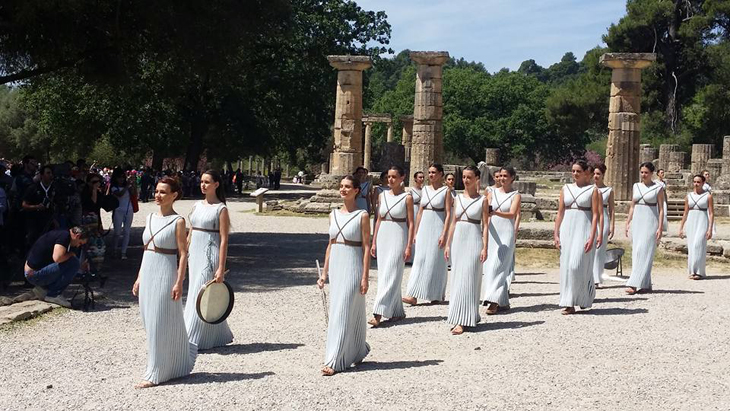 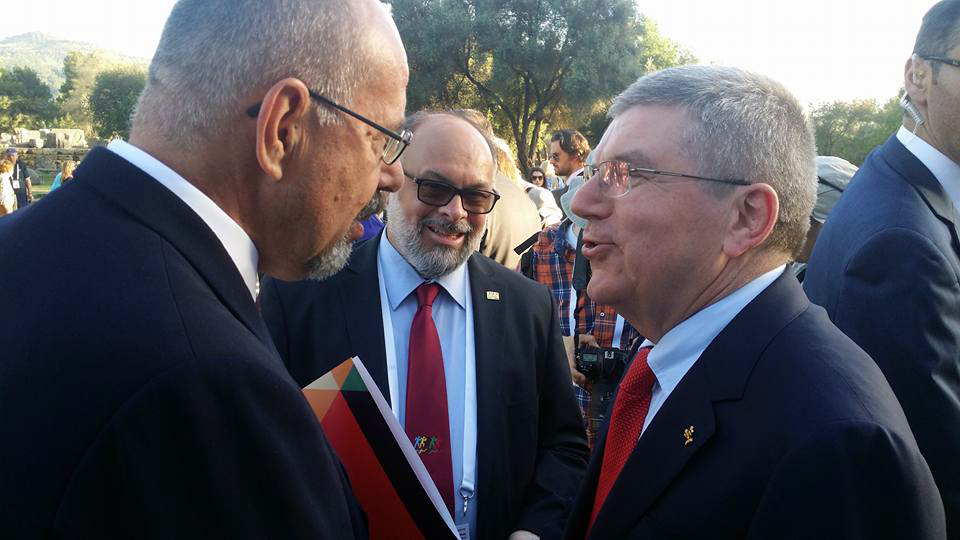 She agrees that the International Children's Games was definitely a stepping stone to her success along with having access to the new Aquatic Training Centre of Windsor.

The Committee of the International Children's Games offers his congratulations and best wishes to Kyle for the Olympic Games!

Read more about Kyle in an article on "Windsor Star" online

Details
Kylie Masse represented the city of Windsor / Canada in the International Childrens Games 2011 Lanarkshire / Scotland and 2012 Daegu / Republic of Korea. For the second time this season, LaSalle swimmer Kylie Masse has been named OUA female athlete of the week. A Sandwich high school grad and Windsor Essex Swim Team product, Masse helped the University of Toronto Varsity Blues capture the school’s first national title since 1996-97 at the CIS championships in Quebec City. The 20-year-old Masse, who is a second-year kinesiology major, swept the 50-, 100- and 200-metre backstroke events and set a new CIS record in each event along with a Canadian long-course record in the 50-metre event. Masse also won a silver medal in the 200-metre individual medley while winning gold with Toronto’s 400-metre freestyle relay team and a pair of silver medals with the 200-metre freestyle relay team and 400-metre medley relay team. For her efforts, Masse was named CIS female swimmer of the year.